The Power of Mesh Networks: Radios by Silvus Technologies

As it turns out, the Marines selected StreamCaster radios to support Networking On-The-Move (NOTM) initiatives for the Joint Light Tactical Vehicle (JLTV) and future Amphibious Combat Vehicle (ACV). Silvus radios were also crucial to the success of Digital Horizon, linking dispersed unmanned surface and air vehicles back to the Robotics Operations Center (ROC).

What makes Silvus the radio of choice for these complex assignments? We’ll answer that question by breaking down the MIMO techniques powering these radios and covering MANET technology. Then, we’ll look at a recent FLYMOTION integration of Silvus radios and how you can harness their capabilities in your operations.

StreamCasters are mesh network-capable radios using Silvus’ proprietary MN-MIMO waveform. They are available in one of three models:

How do Silvus radios work?

To understand how Silvus radios work, you need to know a couple of abbreviations.

The abbreviation MN-MIMO combines two distinct qualities of Silvus radios. First, they are Mobile-Networked (MN), able to create a mesh communications network without any infrastructure. Second, Silvus radios use a Multiple-Input, Multiple-Output (MIMO) antenna configuration, meaning they use all their antennas to transmit and receive. MIMO functionality is significant for several reasons.

Multiple transmission antennas enable a technique called Eigen Beamforming. Signals emit from each antenna in specific sequences, combining to generate a stronger signal. By manipulating the timing of its signals, a StreamCaster radio can effectively steer the transmission signal to the appropriate receiving party.

You can learn more about the techniques that make up Silvus MN-MIMO technology here.

A Mobile Ad-hoc Network, or MANET for short, is a type of mesh network and arguably the most important characteristic of Silvus StreamCaster radios. In simple terms, a MANET system is a group of connected radios that form a network to transmit information. Each radio in the system serves as a transmitter, relay, and receiver. These networks are also decentralized and self-organized, hence the term Ad-hoc. In other words, there is no central hub administrating traffic. If a radio is added or dropped, the network will instantly reorganize itself to optimize information flow.

With this adaptive, efficient network, MANET radios like the StreamCaster can send and receive high-fidelity voice, video, and other IP data without the need for infrastructure.

The use of StreamCaster MANET radios aboard unmanned surface vehicles (USVs) in Digital Horizon mirrors an integration capability developed by FLYMOTION several years ago. Recognizing the potential of MANET radios in unmanned systems, FLYMOTION created Ridgeback. Ridgeback is a communication payload for Spot by Boston Dynamics that replaces the OEM Wi-Fi connection with a pair of MANET radios.

The premise of Ridgeback is simple: with one radio plugged into the controller and another connected to the robot, operators can control movement and view the feed. Because this configuration also creates a mesh network, any personnel with access to a MANET radio can also view feeds from Spot.

In short, Ridgeback provides two major benefits. For one, it provides an encrypted transmission stronger than the standard link. Secondly, it enables the democratization of information to other team members.

When the Hillsborough County Sheriff’s Office procured a Spot unit from FLYMOTION, they also requested a Ridgeback payload with Silvus MANET radios to integrate with the rest of their communication system. With our Silvus-powered Ridgeback, the agency’s EOD team can confidently operate Spot in challenging or complex RF environments, like concrete buildings or underground tunnels, from a safe distance.

As the use of unmanned systems increases, so will the need for a standardized, capable communication infrastructure. Fortunately, for the reasons previously mentioned and more, Silvus StreamCaster radios exceed the performance requirements of complex and data-intensive missions. If you want to learn more about MANET radios or custom integrations, please contact a FLYMOTION representative or visit our website. 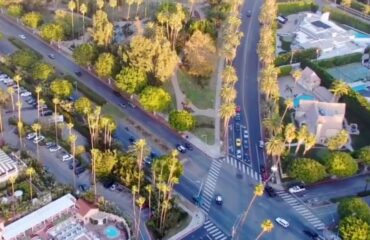