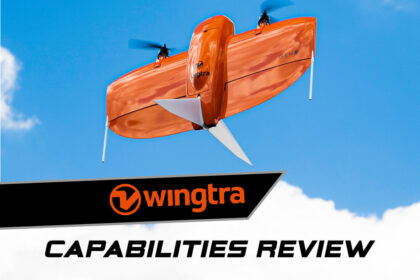 We’ve written several articles on the many applications of drones, including mapping. An aerial survey using drones is now viable mostly due to the development of powerful software like Pix4D. As a result, aircraft like the DJI Matrice 300 RTK and the Parrot ANAFI can output valuable photogrammetry or LiDAR models.

But with software enabling a wide variety of models to conduct drone surveys, is there any value in a dedicated mapping platform like the WingtraOne? In this article, we look at the capabilities of this aircraft and the value it brings to mapping missions.

The flagship of the Zurich-based company, the WingtraOne Gen II is not just another surveying drone, it’s a major competitor that opens the door to a new realm of aerial surveying. Field-tested and proven, the WingtraOne offers its operators the edge in a number of areas.

Surveying is a time-intensive task, often resulting in higher contracting costs. Over the past couple of years, drones have consistently demonstrated the speed at which they survey sites. However, their efficiency is ultimately limited by battery life. This means that drones can only cover the area that they have battery life for. For multi-copter drones, like quadcopters, this is fairly frequent, becoming more inefficient the greater the survey area.

The WingtraOne introduces a new level of efficiency, able to capture a whopping 246-acre area in one flight at a 0.5 in/px GSD.

Implications for this performance are huge. Wingtra claims that a 1-hour mission with the WingtraOne equals about 30 hours of conventional land surveys. Additionally, they claim that their aircraft is up to 14 times faster than quadcopters and two times faster than other fixed-wing platforms. Less time spent on site means fewer man-hours and lower costs.

There are plenty of case studies that highlight the real-world examples of surveyors with the WingtraOne saving enormous amounts of time onsite. Take this team, for example, that mapped one of Europe’s largest mine in 10 days.

This performance would also serve to document areas damaged by natural disasters. By nature, wildfires, earthquakes, and hurricanes impact large regions, making relief and recovery difficult. Mapping these locations enables an accurate analysis of the damage and, by extension, better decision-making. More importantly, this data is produced quickly without placing individuals in danger.

Although a fixed-wing aircraft, the WingtraOne retains the ability to take off and land vertically thanks to its VTOL design. There are two primary advantages to this:

Survey crews can operate from undeveloped, austere environments reducing the logistical footprint required for the survey.

Second, there is a lower risk of damage to the payload.

Other fixed-wing aircraft land on their bellies, potentially damaging the payload. Scratches and dust on the camera lens could compromise the accuracy of future measurements.

WingtraOne achieves the level of detail and accuracy by using high-quality imaging systems like the Sony RX1R II. At 42mp, this camera enables pilots to fly high above the site and capture larger areas in each frame with the necessary detail.

While the RX1R is a powerful mapping camera, it is not the solution for all missions. Some agricultural surveys, for example, are designed to collect data on plant health and would do better with Wingtra’s MicaSense RedEdge-P. Capturing five bands, this camera enables operators to identify species and monitor plant health.

The RedEdge-P is one of five different imaging payloads, including multi-spectral and oblique cameras. These vary in application, performance, and price, providing operators with a range of options to suit their needs.

However, if you’re considering the Wingtra drone, you should keep in mind that, as a highly specialized aircraft, it’ll largely be limited to mapping. In other words, it is an investment that will only provide very specific outputs. This aircraft may not be the best option for those needing versatility.

Despite its incredible precision, the WingtraOne isn’t optimal for mapping structures, as it can’t map while hovering. This means that to map the side of a parking garage, for example, you would need a multi-rotor drone; WingtraOne’s flight pattern only allows it to fly parallel to the ground.

For any drone topographic survey, the WingtraOne Gen II is the obvious solution. Powered by the efficiency of fixed-wing flight and equipped with robust payloads, the WingtraOne enables survey teams to measure sites with incredible accuracy. And while the initial investment may seem high, the speed of output generates significant returns by decreasing man-hours and subsequent costs. 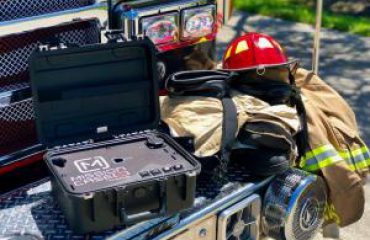 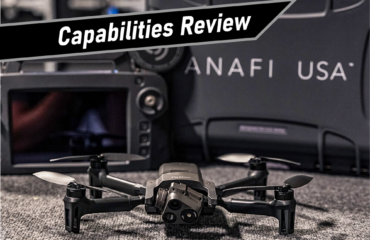 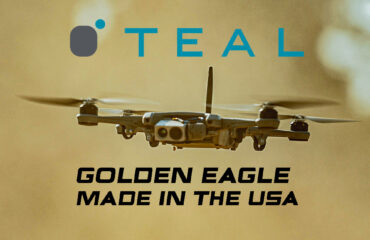